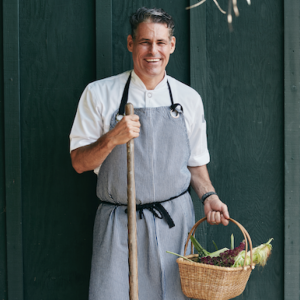 Each winter, we spend an afternoon tasting through an array of artisanal cheeses from California and beyond, with the goal of selecting new cheeses to serve to our guests. (A tough part of the job, I know.) We open various vintages of Jordan Cabernet Sauvignon and see how different types of cheeses—triple cremes, hard cow’s milk, goat cheese, you name it—complement and contrast with the fruit, tannin, alcohol and acidity, of our wine.

This year, Director of Wine Greg Miller joined the culinary staff for our cheese selection tasting, and we were enlighted to find that the cheeses that paired best with featured vintages of Jordan Cabernet were old-world cheesemakers from Europe in addition to our local farms just south of the winery in Marin County.

When pairing wine and cheese, the only rule we follow is this: There are no rules. Experiment. If you like something that a website, wine aficionado or cheese monger says is wrong, it doesn’t matter. Trust your own palate and tastes. There are, however, some guidelines to help. Sheep’s milk cheeses are typically wonder pairings for Cabernet Sauvignon–specifically those with at least six months age when the cheese develops more complexity and nutty flavors. Sheep cheeses have a good mouthfeel and a soft, medium finish, which allows the finish of the Cabernet to shine versus overpowering the cheese and vice versa. Manchego and Pecorino cheeses, also from sheep’s milk, also tend to pair well with Cabernet Sauvignon.

Cow’s milk cheeses are trickier to pair with Cabernet Sauvignon. Avoid anything too creamy, such as Brie or Camembert, because those cheeses overpower the body of a fine Cabernet Sauvignon and make it taste thin. (But a more elegant, lower-alcohol Cabernet like Jordan can work with a truffle-infused Brie, which highlights the earthy notes in both the cheese and the wine.) Firmer, aged cow’s milk cheeses, such as Gouda and clothbound Cheddar, should be your go-to choice for a Cabernet Sauvignon and cow’s cheese pairing. Because these cheeses have been aged far longer–usually 3-24 months–they possess a milder, nutty texture and smooth taste that highlights the oak and berry notes in Cabernet Sauvignon. Firmer cheese are also recommended for older wines because the wine is leaner and cheese is leaner; it’s all about balance.

Goat’s milk and red wine is also challenging because the cheese’s high acidity level over-accentuates the wine’s alcohol. That said, there are a few goat’s milk cheeses that sing with Jordan Cabernet Sauvignon–Cypress Grove Midnight Moon, an aged goat cheese–is our favorite. Just remember: There are no rules, just general guidelines.

Our new cheese and wine pairings, now being served at our Tours & Tastings, are highlighted below. Jordan’s seated cheese service follows a tasting of wines paired with our new winter hors d’eouvres: Caviar Cups and Duck Rillette. I’ve included our research notes and Greg’s tasting comments below, and in case you don’t have time to visit us at the winery, links for where to buy the cheeses are also included.

We hope to see you soon. TRIPLE CRÈME BRIE WITH TRUFFLES
Founded in 1865, Marin French Cheese Company remains one of Northern California’s finest producers. Luscious and decadent while showing restraint, this triple-crème, made from pure Italian Urbani truffles, combines the sweet creaminess of rich, Jersey cow milk with the alluring earthiness of decadent “tartufi” as the Italians say. Made from pasteurized cow’s milk, this cheese is earth-driven and luxurious with a creamy texture that brings out the “terroir” characteristics of a young Jordan Cabernet. (Note: this cheese is available for purchase by calling Marin French or visiting their retail shop.) OSSAU-IRATY
First crafted 1,000 years ago in the Iraty Valley of Basque country, Ossau-Iraty is an A.O.C.-designated, classic, sheep’s milk cheese made from the raw, unpasteurized milk of the red-headed Manech and black-headed Basco-Bearnaise ewes in two neighboring provinces of the French Pyrénées mountains. Aged four to six months, this semi-firm cheese by Agour delivers a precise balance of salty and sweet, marked by a grassy, earthy-nutty character that complements the terroir-driven aromas and flavors of Jordan Alexander Valley Cabernet Sauvignon. Providing a rich and creamy texture without coating the palate, Ossau-Iraty is a selection that allows full expression of Alexander Valley fruit while showcasing Jordan’s silky tannin structure and complex, lingering finish. Available at igourmet.com. BEEMSTER CLASSIC EXTRA AGED GOUDA
The area of Beemsteer in North Holland has been steeped in dairy-farming tradition since the Middle Ages. Beemsteer cows graze only on pastures located 20 feet below sea level, where slate-blue soils—rich in minerals and clay—contribute to the especially sweet and creamy quality of this firm, caramel-colored cheese. Created using a secret recipe known only to Beemster master cheesemakers, this pasteurized gouda is aged no shorter than 18 months, giving it a sharp, salty complexity with rich notes of butterscotch. When paired with Jordan Cabernet, the Beemster Classic offers an explosion of the dark, berry-fruit aromas and flavors while intensifying the overall depth and textural opulence. A terroir-driven cheese for a terroir-driven wine. Available at igourmet.com.