July is always a colorful time in the vineyards. Red wine grapes begin their transition from hard, bitter and green to soft, ripe and purple–known as veraison. This grapes photography essay shows the 2016 vintage grapes going through veraison, including cabernet sauvignon, merlot and malbec–three of the four wine grapes used to make Jordan Cabernet Sauvignon.

With veraison already about 50% finished by the end of July, the 2016 vintage harvest could begin about two weeks early, by the end of August, just like 2015. Early harvests have become the new normal in Sonoma County.

Winemaker Rob Davis is excited about the progress of grapes for the 2016 vintage. He just spent the last week surveying every grower vineyard and says there’ll be little need to veraison-thin (remove unevenly colored fruit) this year because the clusters are ripening very uniformly. Despite inclement weather during bloom, the quantity of clusters on the vines (called “cluster counts”) are average, which is good. Apart from a hot spell in early July and another last weekend, weather has been very moderate, allowing the grapevines to mature their fruit under optimal conditions. Veraison has progressed smoothly over the last two weeks. Vineyard canopies, cluster counts and veraison are all in balance. A balanced vine leads to a balanced wine, which is always our goal at Jordan.

So far, vintage 2016 has followed right in the 2015 vintage’s impressive footsteps, making 2016 another average-to-small vintage in quantity that holds great promise in quality.

Learn more about grape veraison in our 2013 vintage blog post. 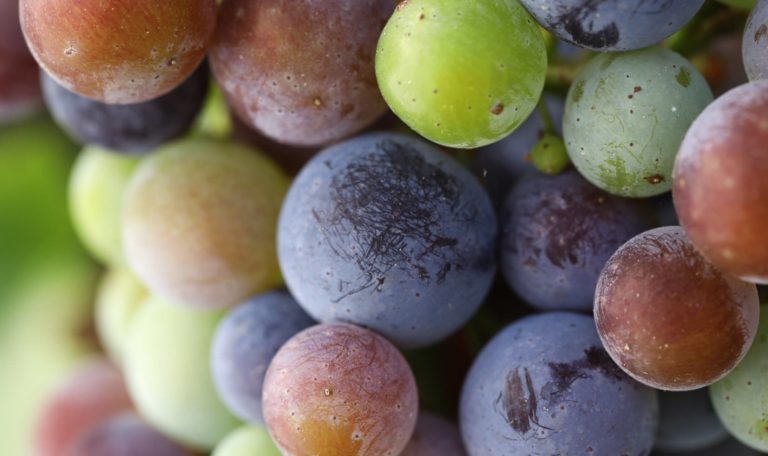