More than 350 members of the wine trade turned out at the annual Halloween at Jordan costume party last weekend. For this year’s theme, Sunken Treasure, we transformed the Winery Chateau into a seafaring world filled with ships, pirates, wenches and sea creatures.  The Tale of Captain Jordan helped get friends in the holiday spirit and hinted to the exciting surprise awaiting revelers: the inaugural Jordan Cuvée by Champagne AR Lenoble.

Guests were greeted by a pirate wench in a “Champagne” skirt and a table of mess-hall mateys, before descending into the oak tank room turned pirate ship. The barrel room became an underwater lounge, replete with a blue mermaid swimming over the dance floor and a giant shark above the bar.

We hope these photos provide inspiration for your next pirate or under the sea Halloween costume party.

The Tale of Captain Jordan

The year was 1716. Captain John Jordan, born into a searfaring family from Bordeaux, had set sail with his brethren corsairs for America. Their fleet of ships was formidable, with keels hewed of French oak—just like the finest wine barrels.

Jordan, known for having the longest sword and shortest temper this side of Madagascar, became a pirate captain through mutiny, leading to his renown as one of the most feared and successful buccaneers of the Barbary Coast. He became particularly noted for his brutality and sadism amongst landlubber winemakers, forcing victim’s to swallow staves of American oak if they used such vulgarities to age their wines. His gluttonous taste for bacchanalian revelry followed him across the seven seas, where, by the age of just forty-four, he’d plundered enough booty and grog to fill three ships.

Many a French buccaneers spoke of a secret wine—a grog fit for the Gods—created by a famed monk that had been smuggled to the land of Sonoma. With a map in hand, the swashbuckler set his sights on California and its hills of liquid gold. Jordan planned to keelhaul any matey who got between him and that bubbly grog.

Scavenging the Caribbean, Pirate John met his hornswaggling fate when a wench he fancied stole the map from his cabin and stuffed it into an empty bottle of rum before throwing it into the ocean. 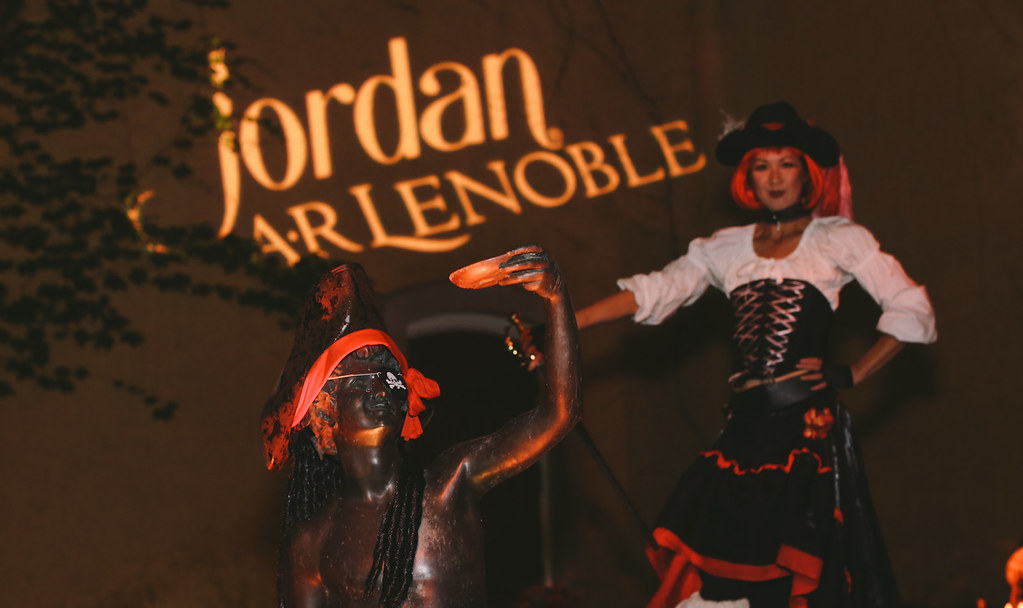