Jordan’s 39th grape harvest kicked off in the wee hours Tuesday morning with our first gondolas of Alexander Valley Merlot grapes from two key growers. The 2014 harvest marks the first time in a decade that our red wine grapes achieved optimal ripeness before the white grapes (2004, 2002 and 2001 were the last warm-weather vintages with such an unusual occurrence.) Harvest 2014 began 10 days earlier than 2013, continuing a three-year string of somewhat early harvests. Early crush means a greater chance that the grapes will be off the vine before fall rains arrive, and early harvests tend to make winemakers very happy, especially when coupled with growing seasons like 2014. Read our full 2014 Vintage Grape Harvest Report.

As mentioned in our last growing season post, the 2014 vintage has been the year of early: early budbreak, early flowering, early veraison and early harvest. The acceleration of the growing cycle isn’t because it’s been really hot, though. Weather has been ideal all spring and summer–moderately warm and even temperatures–not too hot, not too cool. Without the two weeks of cool, misty days in mid- to late August, Winemaker Rob Davis expected we’d have our “first pick” before the end of the August, breaking a record, but the cooler, foggy weather last month slowed down the ripening of the clusters. (One of Jordan’s earliest harvests ever for red grapes was August 26, 2004, which commenced with Merlot and continued with Cabernet Sauvignon grapes arriving at the crushpad right after Labor Day—another rarity.)

Much has changed at Jordan in those 10 years. Our estate vineyards have matured, Cabernet Franc has been replaced with Petit Verdot, technology has been implemented to better understand each vineyard’s soils for precision farming and new vineyard sources have been added. Harvesting Merlot and Cabernet Sauvignon before Chardonnay may become a new normal, as we continue to seek earlier-ripening vineyard sites for Bordeaux varieties on the east side of Geyserville in middle Alexander Valley—and Mother Nature continues to bless the region with beautiful grape-growing weather. We have been dreaming for a trio of stellar vintages like 2012, 2013 and 2014 ever since the humbling challenges she handed us in 2011.

Patience is not a virtue needed in Alexander Valley this week. After a gloriously warm holiday weekend, Cabernet Sauvignon grapes are ready to pick at two of our grower vineyards, and will be arriving at the crushpad just after sunrise tomorrow—on the anniversary of our earliest Cabernet Sauvignon harvest back in 2004.

So far, the crop looks fantastic. Merlot juice has great balance—even better than 2013—thanks to the moderate weather and optimal yields. There have been no heat spells and crop wasn’t too big, so the vines are really healthy heading into harvest. Sugars have been at ideal levels for our balanced, lower-alcohol style of wine: around 24-25 Brix.

We’ll continue adding harvest photos to the Flickr gallery below. 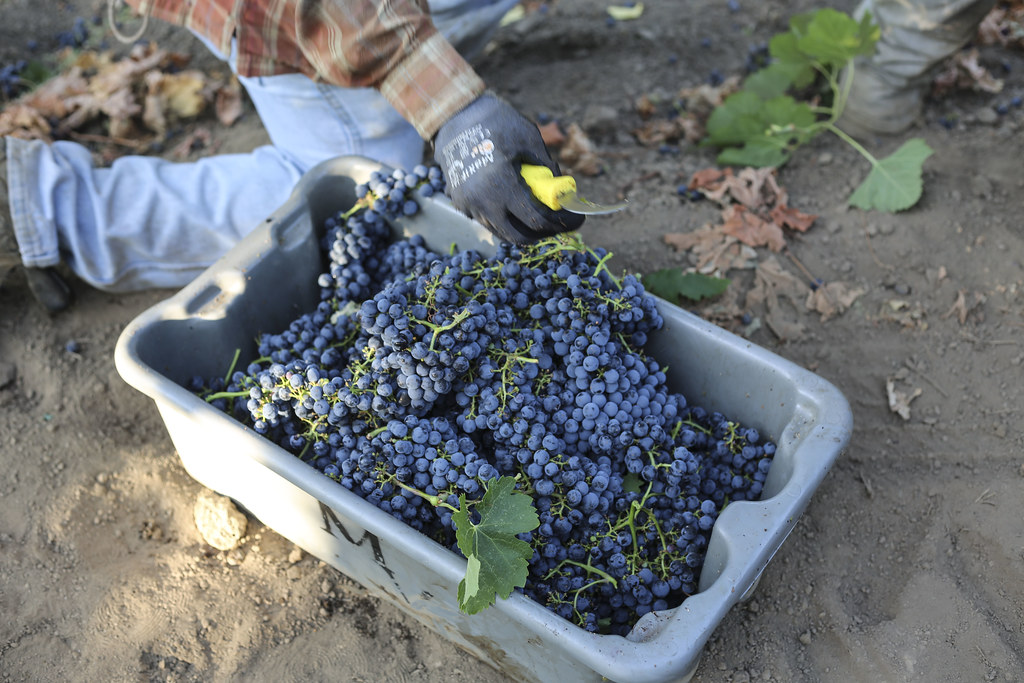