The grapevines are bleeding!

As the daylight hours continue to increase this time of year, the grapevines go through a fascinating reawakening after months of “sleeping.”  Thanks to the sunlight and warmer days, vineyard soil temperatures begin to rise and osmotic pressure–osmosis being the diffusion of water through the semi-permeable membrane of the vine root cells–builds, causing moisture to get sucked up by the grapevines’ root tips and transported up the trunk to the upper extremities of the vine. From here, this moisture can be witnessed literally dripping as sap from the wounds left by the shears during winter pruning. Ironically, this “bleeding,” as it is called in the industry, is not means for concern or a rush to grab the first-aid kit. It is the first sign of a vineyard reawakening from its dormant phase throughout the shorter and colder days of the winter months.

Not long after the first drops of sap appear dripping from the vines, the buds that were specifically selected by our viticultural team to become this year’s fruit-bearing canes begin to swell in anticipation of the new growing season. It is a time of transformation, accompanied by a great deal of excitement and hope for an unwritten and unpredictable story of place and time that will be dictated by Mother Nature, but captured and expressed by our Winemaker Rob Davis through two wines: Jordan Alexander Valley Cabernet Sauvignon and Russian River Chardonnay. We look forward to keeping you posted as the story unfolds. 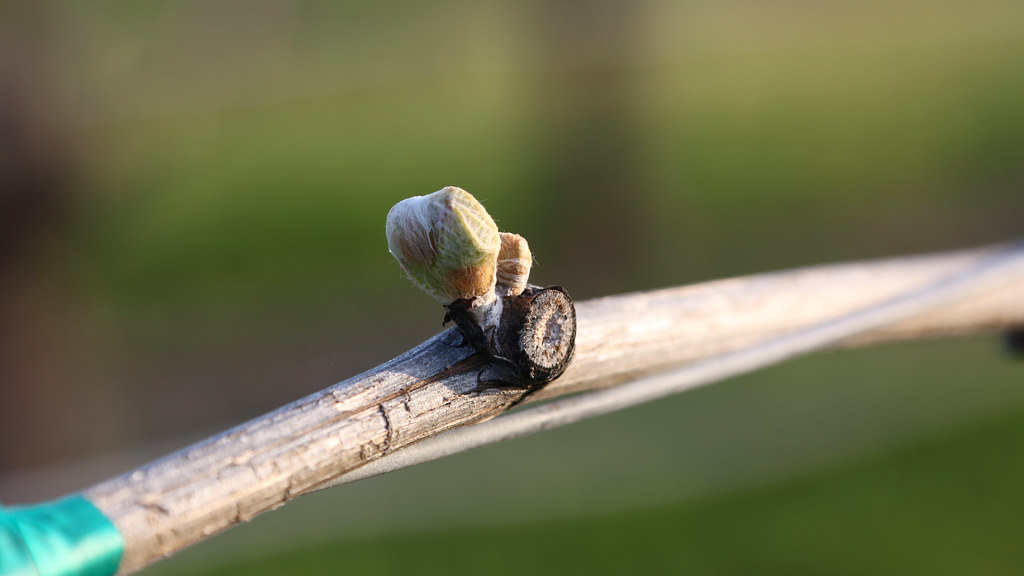