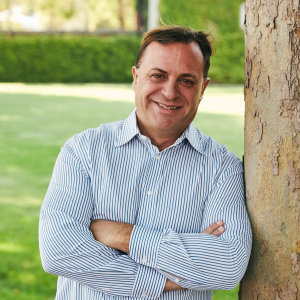 We have been humbled by the outpouring of support from our customers during the Kincade Fire. Your emails, calls and messages reminded us of how strong the love of Jordan is at the time when we needed it most.

I’m happy to report that Jordan Winery, our estate, our farm animals, and all of our employees and grape growers are safe. We are excited to resume Tours & Tastings and wine shipments today, and we look forward to sharing a toast to the firefighters and first responders with you. One of the ways you can help our community recover is to visit Healdsburg and see how beautiful wine country is right now, and uncork Alexander Valley wines this holiday season.

The end of October was an extremely stressful and challenging for the Sonoma County community, as the wildfire grew and spread for a week across the mountains and valleys east of the towns of Geyserville, Healdsburg and Windsor. The good news is that the Kincade Fire of 2019 was far less destructive than the Tubbs Fire of 2017. Not a single life was lost because of this fire; unfortunately, two Jordan employees suffered smoke damage to their homes, and one Jordan grower lost four houses on his ranches. Cal Fire reports that 374 structures (including 174 homes) were destroyed—compared to more than 5,643 structures (2,834 homes) two years ago. This is all thanks to the tireless work of thousands of firefighters who rushed from near and far to fight the flames—including a former Jordan employee, Jason Ius, who once worked in our facilities department and left to become a firefighter. He was part of a strike team that rushed to a spot fire that broke out on the southeastern border of Jordan Estate around 3 a.m. on October 27. Needless to say, I’m not sure anyone who lives in the area could sleep that night. We were all glued to our phones, expecting the worst. The next day, Director of Ranch Operations Brent Young sent us a photo of our cows, grazing in the morning sun while the fire still burned south of us, along with photos of the winery still standing, untouched, and the lawns still vibrant green. Later, Jason sent me a text with a photo, saying that they weren’t about to let that fire cross West Soda Rock Lane into Jordan. Those guys are our heroes, and we look forward to giving them a heroes’ thank you at Jordan soon.

This fire was contained mostly to rural and remote parts of northeastern Sonoma County, so it’s important to realize that all of the charming wine country towns you love to visit are completely safe. The entire city of Healdsburg received no damage, apart from a few farms on the eastern outskirts of town. The heart of Windsor and almost all if its neighborhoods were spared, though some homes burned in Shiloh Ridge and Chalk Hill areas east of town. Downtown Geyserville was also spared. Sonoma County is a vast, beautiful place, and less than 7 percent of the county burned in the Kincade fire—land primarily in the wooded mountain range of the Mayacamas between Sonoma and Napa counties. The news headlines always paint a grim picture, but it’s important to remember that, from a tourist’s perspective, all but one of the wine country roads typically traveled are open and just as picturesque as ever.

About 92 percent of the Sonoma County grape harvest was complete before the fire, so only a small percent of Sonoma County vineyards were impacted by the fire (about 50 acres of more than 14,000 in the Alexander Valley Winegrowers report), but that means there were still losses for some. Reports indicate that up to 20 percent of the Alexander Valley’s grapes may have not been harvested before the fire. Many families, farms and wineries in the Alexander Valley benchlands and hillsides east and southeast of Geyserville faced the fury of the fire on its first and fourth nights, respectively. The area east of Geyserville is affectionately called the “Cote de Jordan” because so many of the vineyards for Jordan Cabernet Sauvignon are clustered in this one area. (All of our grapes had been harvested before the fire.)

We are relieved that none of our growers lost their homes, though some did have to fight the fire in the middle of the night to save their homes and their businesses. One grower, the Miller family who owns Garden Creek Vineyards & Winery, lost their vineyard workers’ residence, three rental houses and half of their remaining Cabernet Sauvignon crop—the fruit they keep for themselves to bottle their own wine. (Read Sara Schneider’s feature story in Robb Report about the Miller’s fire fight.) Another grower, Bret Munselle of Munselle Vineyards, witnessed the fire burning right through his ranch; he lost a newly planted hillside vineyard (too young to survive the fire) and all of its underground piping. The Mazzoni family, who just built their own winery a few years ago, watched the fire burn all the way downhill to the fence behind their family home before it stopped. Jeff Horowitz of Rio Lago Ranch and Vineyards has his own water truck and stayed behind to defend his home and property; he evacuated around 3 a.m. when it was unsafe to stay and returned the next day to find his home, barn, vineyards and farm animals untouched, even though all four corners of his ranch burned. (He did lose two sheds near the Russian River edge of his property.) Damage to our grower vineyards has been reported as minimal with only a few vines at the edge being singed, though irrigation lines need to be replaced, which are not covered by insurance. Grapevines hold a lot of water, so they do not easily burn and hinder the progression of a fire. The plants that provide our livelihood as winemakers also save homes and lives; they are excellent natural firebreaks.

In the coming weeks and months, we will be focusing energy on helping these grape grower families recover from this wildfire. Much clean-up will be needed before the next growing season. Thankfully, the fall rains should be coming soon, and we have 7-8 months to get this work done.

Many of you have been asking us how you can help our community recover, and we greatly appreciate your kindness and generosity for Alexander Valley. As soon as we have more information on how you can specifically help the Garden Creek vineyard worker families, we will share that information. Here are a few other suggestions:

Jordan Director of Operations Tim Spence, who suffered smoke damage to his home and fire damage to his yard, has moved into a guest house at Jordan. We’ve made sure he, his wife and their dog have a comfortable place to live during the smoke treatment process. Christopher Washington, who works part-time for Nitsa Knoll (our events director), has also been displaced, and Nitsa is helping he and his family secure temporary housing.

Healdsburg-based journalist Linda Murphy put together a comprehensive list of Alexander Valley wineries impacted for Sonoma magazine. Unfortunately, two wineries were destroyed in southeastern Alexander Valley—the historic Soda Rock Winery and Field Stone Winery. It is both heartbreaking and relieving that only a few wineries were damaged out of more than 40 in the valley. Our thoughts are with the Wilsons, the Jacksons and their employees during this difficult time, and we were relieved to read that their 2019 vintages are safe. Coping with and recovering from a wildfire is extremely difficult, as several of our employees know from 2017, but Sonoma County is filled with strong, passionate and resilient people—they are the secret ingredient in all of our wines—so we will get through this.

From a winemaking perspective, it was a nail-biting week between the evacuation and power outages. Jordan finished our 2019 harvest five days before the fire broke out, so all our wines were safe in the fermentation room or our oak tanks. The 2019 wines are stunning with bright, intense fruit and very smooth, elegant tannins in the Cabernet Sauvignon—perfect for the Jordan house style. We have a very large generator to power the entire winery, so we were able to maintain temperature for the wines throughout this ordeal—though our operations director did receive a FaceTime crash course on how to do a pump-over from our winemaker, who was evacuated and could not reach the winery to perform the two pump-overs on schedule for this week. More than 90 percent of the harvest was complete in Sonoma County before the fire, so fortunately, there will be very little impact on the quality or quantity of 2019 wines overall. It’s been all hands on deck in the fermentation room since the evacuation was lifted on Thursday; our cellar crew is working nonstop until every tank of 2019 Cabernet Sauvignon is pressed.

We encourage you to continue supporting the Alexander Valley wine community by visiting wine country this fall, winter and/or next year. Your vacations to the area help not only the wineries, but all of the residents of Geyserville, Windsor and Healdsburg who work at our area tasting rooms, hotels, restaurants and shops.

We look forward to seeing you at Jordan soon to raise a toast to the firefighters who fought the fire—and to the growers whose vineyards helped stop the flames from advancing further—both helped save Northeastern Sonoma County.

CEO, keeper of the keys and chief dog wrangler since 2005. Find him cruising Jordan Estate by ATV, boat or plane. Wine Country Wildfires: How Jordan Winery Was Affected and How We Can Help Victims