We make wine. We make olive oil. We grow our own fruits and vegetables, and raise cows and chickens. Honey is coming next. Today, in honor of National Honey Month, Jordan Vineyard & Winery unveils its first apiary, which includes three Flow™ Hives, a crowdsourcing phenomenon from Australia that broke pledge records when the invention was unveiled last year. According to Flow, Jordan is likely the first U.S. vineyard to get on board, having pledged their support on the very first day of the campaign. Watch our chef and beekeeper describe the Flow Hive and our honey making project.

The ingenious invention—designed by Australian father-son beekeepers, Stuart and Cedar Anderson—allows honey to be extracted from a hive without traditional disruption or possible stress to the colony, and requires less labor for beekeepers. Flow Hive eliminates the need to smoke the bees, dismantle the hive, remove the honeycombs and harvest honey with a centrifugal extractor. A lever is employed to open honeycomb cells, and the honey drains directly into the container of choice. When the lever (aka Flow Key) is turned back, the honeycomb cells are reset and ready to be refilled with honey. (Thanks to Cedar’s sister, Mirabai, the filmmaker for Flow Hive, who provided us with some video footage of their hives in action.)

“A beekeeper has been bringing traditional hives to Jordan Estate each winter for years, allowing his colonies to rest and recharge in a pesticide-free environment between pollination seasons for Central Valley fruit trees,” said Todd Knoll, executive chef at Jordan Vineyard & Winery. “After seeing a Flow Hive video on Facebook about twenty hours after the crowdfunding project launched, we decided it was time to bring beehives to Jordan Estate full-time.”

Located next to Jordan Winery’s garden, the new apiary is comprised of three Flow and four Langstroth hives, allowing the chef and beekeeper Mike Turner of Marin Coastal Bee Company to study bee colony patterns, health and honey styles from both the new invention and the global standard for beehives, which has been employed since the mid-1850s.

These hives will not only be Chef Knoll’s source of honey for dinner parties and Tour & Tasting food pairings, but also a tool for educational research and to further the understanding of the terroir on the Jordan Estate, a 1,200-acre diversified farm just north of Healdsburg with more than three-quarters of the land preserved as natural habitat. Consumers will be able to witness this new invention in action on Jordan’s Estate Tour & Tasting, offered Thursday-Monday from May to October, and during Vineyard Hikes offered in spring, summer and fall. The Jordan apiary is expected to provide fresh honey for Jordan’s culinary creations by spring 2017.

Five other wineries promoting their use of Flow Hives via their websites and social media include Youngberg Hill of McMinnville, Ore.; Alta Marfa Vineyards & Winery in the Texas Davis Mountains, Rudbeckia Farm & Winery in Petoskey, Mich.; Vin Avanti Urban Winery in San Diego; and Lasseter Family Winery of Glen Ellen, Calif. Wineries that have purchased the invention are encouraged to use the hashtag #flowhivewinery on social media so that a community network can be created to share information between all Flow Hive wineries.

According to the Bee Informed Partnership, the U.S. honey bee population has decreased by 40 percent since 2006, with the highest losses recorded in 2014-2015. Honey bees are responsible for pollinating 80 percent of all the fruit, vegetable and seed crops in America, and forage their food supply of nectar and pollen from flowering plants within a 3-5 mile radius of their hives. In 2014, the United States Department of Agriculture (USDA) spent $3 million to help feed bees to preserve the pollination cycle responsible for an estimated $40 billion in U.S. agricultural economy each year. While some traditional beekeepers have expressed concerns about the Flow Hive’s unconventional system, others are optimistic about any invention that will create more beekeepers, increase bee populations and raise awareness about worldwide bee colony collapse disorder.

Passing its target goal of $70,000 in the first five minutes and exceeding $2 million in pledges and pre-sales within the first 24 hours, Flow Hive became an Indiegogo overnight success in February 2015 with contributions from 116 countries. It broke the crowdfunding site’s record at $10 million within 60 days and retains the record to date. 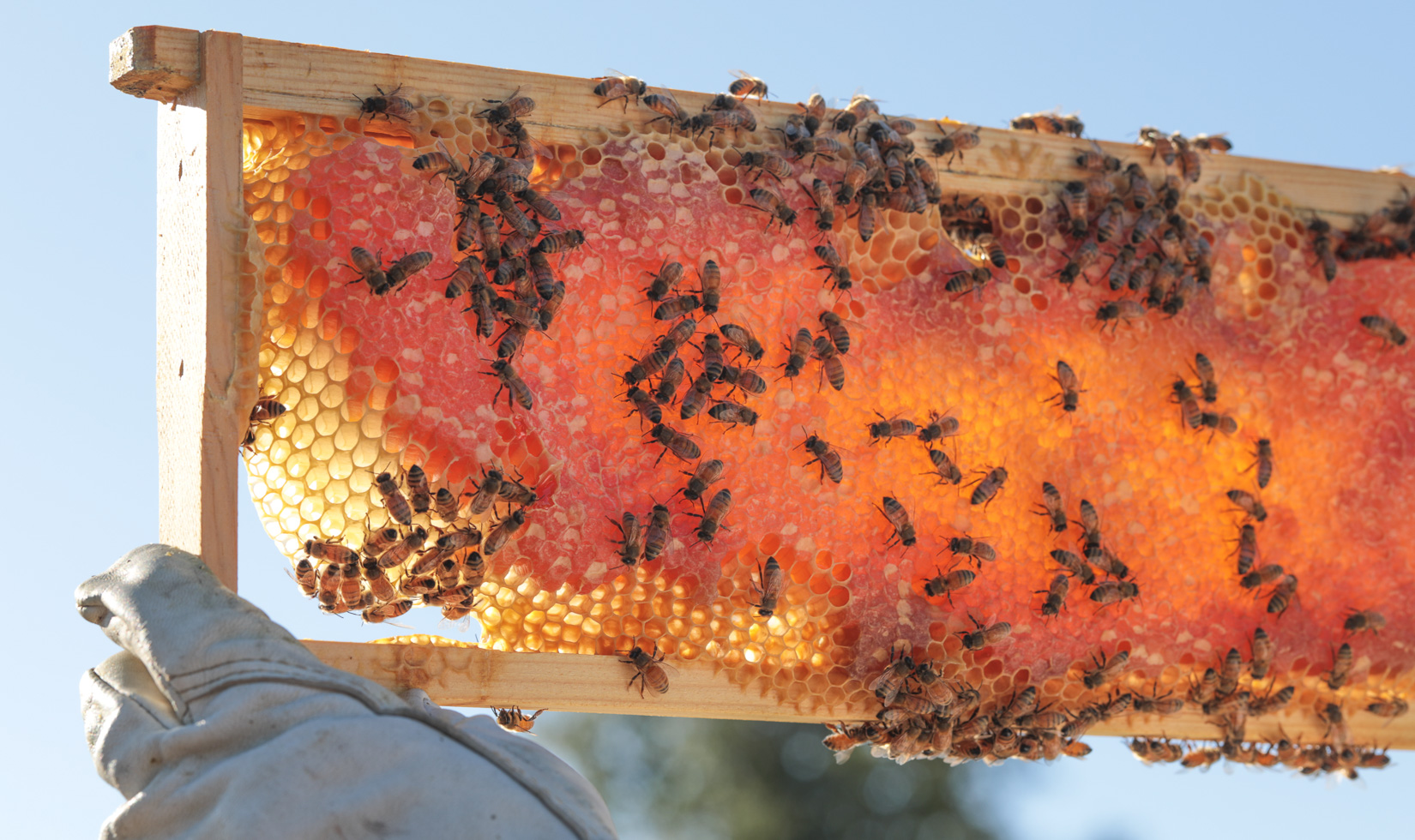 How Olive Oil is Made in Sonoma: How to Make Extra Virgin Olive Oil Video