With a cellar of Jordan Cabernet Sauvignon dating back to 1976, we have the pleasure of opening up old wines from time to time. Using the ah so–a two-prong cork puller–was our preferred device for uncorking old cabernets for decades until the invention of the Durand wine opener in 2007. In this video, our winemakers demonstrate how to use a Durand to open a 1976 Jordan Cabernet Sauvignon–our inaugural vintage. The Durand is basically an ah so cork puller and a traditional waiter’s corkscrew combined.

Created by a wine collector from Atlanta, the Durand wine opener is an invaluable tool for uncorking wines more than 20 years old. Natural wine corks begin to lose their firmness after 20 years, so when you open an old bottle of Jordan Cabernet Sauvignon with a regular corkscrew, the cork may break in half or crumble during extraction. This doesn’t harm the wine, but it’s messy. You may want to decant the wine in order to separate it from the cork pieces that fell into the bottle. The Durand wine opener is very easy to use and the best tool for avoiding the perils of extracting an old cork from a wine bottle.

How to Use a Durand Wine Opener

You can see the Durand and the ah so cork puller in action in our Jordan Uncorked video series. 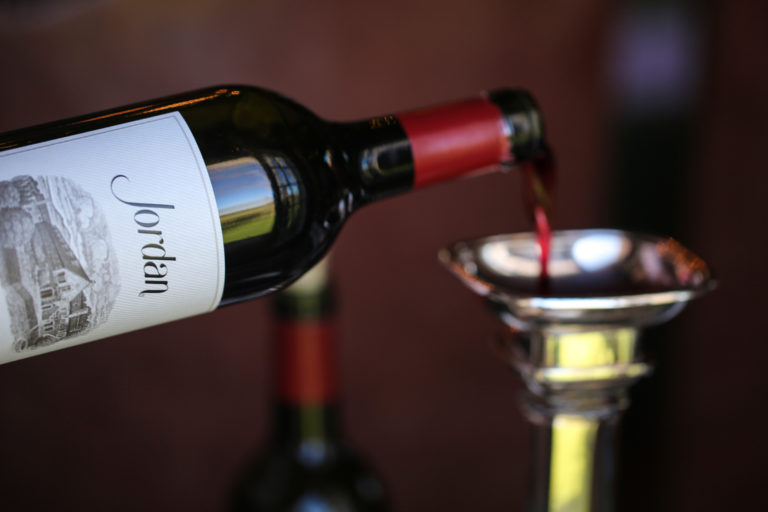 Five Things That Made 2015 a Classic Vintage for Cabernet Sauvignon