The words “a winemaker’s dream vintage” don’t get tossed around often in California wine country. Mother Nature tends to throw at least one curveball at vintners each year—but not in 2012. 2012 was a dreamy vintage for winemakers because it combined the two elements that rarely go hand in hand: quality and quantity. This blog summarizes why 2012 was a good year for California wine and how this quality-quantity marriage came about for the 2012 wines. Fifth-generation grape grower Bret Munselle shared his thoughts on the 2012 vintage in the above video. We hope you have the chance to get your hands on some 2012 Napa and Sonoma Cabernet Sauvignons before the prices climb too high. The 2012 Jordan Cabernet Sauvignon is available for purchase from our library.

Was 2012 a Good Year for California Wine? Quantity and Quality Combined in 2012 Wines

After the challenging 2011 vintage, grape growers and winemakers needed a break. Mother Nature answered the call with beautiful, warm weather throughout spring, which led to a sizable amount of grapevine flowers that bloomed into gorgeous berries. The biggest worry for winemakers in 2012 was that there was too much fruit on the vine, causing concern about flavor dilution. Too much fruit on the grapevine, and in theory, the grapes won’t be as concentrated in flavor. Winemakers had to trust their palates—not their eyes—in 2012. The copious clusters were effusive in dark berry flavors and silky tannins. With the tiny 2011 harvest still heavy on minds and pocketbooks, most winemakers decided to let the bumper crop ripen and find a home for all the juice. After two vintages with smaller crops and more challenging weather patterns, the only real stress during the 2012 harvest was finding tank space in the winery. To make room for all the wonderful juice, we opened up space in our adjoining warehouse and created a temporary barrel-aging cellar. 2012 was truly a phenomenal growing season for wine grapes, especially during the critical months of April, May and June when the annual grapevine lifecycle begins. Spring temperatures were cool but not too cold with minimal rain and no frost during bud break, and bud break helps determine the quantity of the vintage.  A two-week run of warm weather occurred in May during grapevine flowering, and summer weather was equally ideal: very moderate temperatures with sunny days and few heat spikes. Mornings were foggy but not cold or wet. The gorgeous weather continued through September and October, allowing the grapes to develop concentrated aromas and flavors. 2012 vintage was a model of consistency in weather the entire growing season, making the winegrower’s job much easier than 2011 and 2010. Due to the near-perfect weather during budbreak and bloom, the crop was plentiful from the beginning, giving us the opportunity to drop excess fruit after both fruit set and cluster counting. This thinning technique helped to maintain an even balance in the canopy throughout the summer. Leaf pulling and shoot positioning occurred over several weeks in June under ideal weather conditions. Clusters were bigger and heavier than usual, but after the dismal fruit yields of 2011, growers and winemakers alike were hesitant to thin the crop. The prevailing, moderate temperatures led to even growth in the grapevine canopies, providing appropriate shade and overall vine balance for the generous crop. Irrigation was stopped about six weeks prior to harvest, allowing the vines to focus their energy on the fruit versus the canopy’s leaves. The vines needed very little manipulation from our viticultural team in 2012. 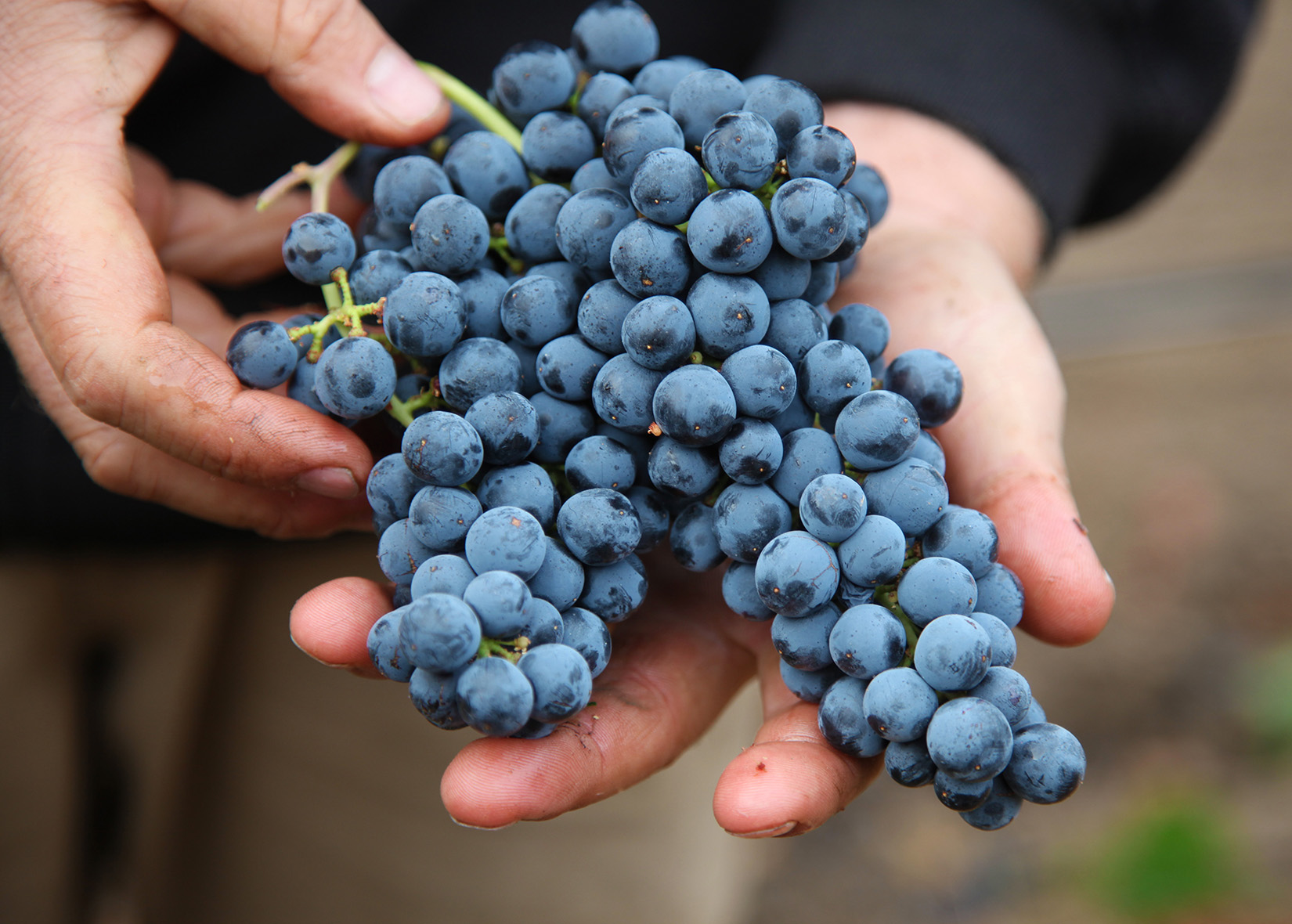 After the long, gorgeous summer, the 2012 wines harvest was fast and furious, with white and red grapes ripening at the same time. The biggest surprise was how absolutely stunning this bountiful crop tasted in the tanks; it was our highest-quality, highest-yielding vintage to date. The entire grape harvest season was a seemingly endless run of days with ideal, cool temperatures into late morning. The large clusters were exceptionally clean without any threat from rain to compromise picking decisions. More than 60 vineyard blocks were harvested at optimal maturity for Jordan Cabernet Sauvignon. The fermenting juice from each of our vineyard sources was stunning, and their combined aromatics filled the winery with an exciting promise of the final blend to come. While it is customary to declassify any lots that don’t fit into the Jordan master blend, the 2012 wines best lots selection process proved challenging, as there were no stepchildren in the group. For our flavor profile, 2012 was truly a dream vintage.