Maggie Kruse grew up in a home where wine was always on the table, and dinner conversations often involved the science of fermentation. She joined Jordan Winery as enologist in 2006, and after promotions to assistant winemaker and associate winemaker over a decade, she became head winemaker in 2019.

Born in Milwaukee in 1983, Kruse became fascinated by fermentation science at an early age, as her father spent his career making beer at Miller Brewery Company. Before becoming a brewer, he served as a U.S. Navy officer in the San Francisco area and fell in love with Napa and Sonoma wine country’s climate and lifestyle. His daughter grew up watching her parents enjoy a good bottle of wine with dinner on weeknights, and frequent family vacations to wine country piqued Kruse’s interest in a winemaking career.

Kruse moved to the Napa Valley after high school graduation, driven by her fledgling passion. She studied at Napa Valley College while awaiting acceptance into University of California, Davis. She tackled internships between semesters at UC-Davis, and her first harvest at Clos LaChance reaffirmed her belief that she was destined to make wine. At UC-Davis, Kruse also worked in the laboratory of respected sensory scientist, Dr. Hildegarde Heymann. This was an experience that helped develop her sensory analysis skills.

After graduating from UC-Davis in 2005 with a bachelor’s degree in viticulture and enology, Kruse worked for J Vineyards & Winery in the Russian River Valley, before transitioning to the laboratory at Jordan the following year. She worked closely with long-time Winemaker Rob Davis on wine quality improvement programs initiated by John Jordan in 2006, fine-tuning barrel, cork selections and the bottling process while Davis focused on finding even better vineyards for sourcing grapes. After being promoted to assistant winemaker in 2009, she began overseeing all aspects of barrel ordering, cork quality control and bottling, as well as managing the cellar work. She was promoted to associate winemaker in 2016 as recognition for her strong work ethic and diverse skill set.

As winemaker at Jordan, Kruse oversees all aspects of managing the day-to-day operations in the cellars, including quality control experiments, fermentation monitoring, tank and lot organizing, selecting and inspecting barrels, blending, batonnage, selecting corks and bottles, bottling and labeling. She works closely with Dana Grande and Brent Young on guiding the grapes from the vineyard to the winery. Her dedication to quality has taken her to Portugal several times to learn about cork-making and to the forests of Bordeaux to study barrel-crafting.

She resides in Windsor with her husband and daughter. When she’s not at the winery, she enjoys cooking and traveling with her family. 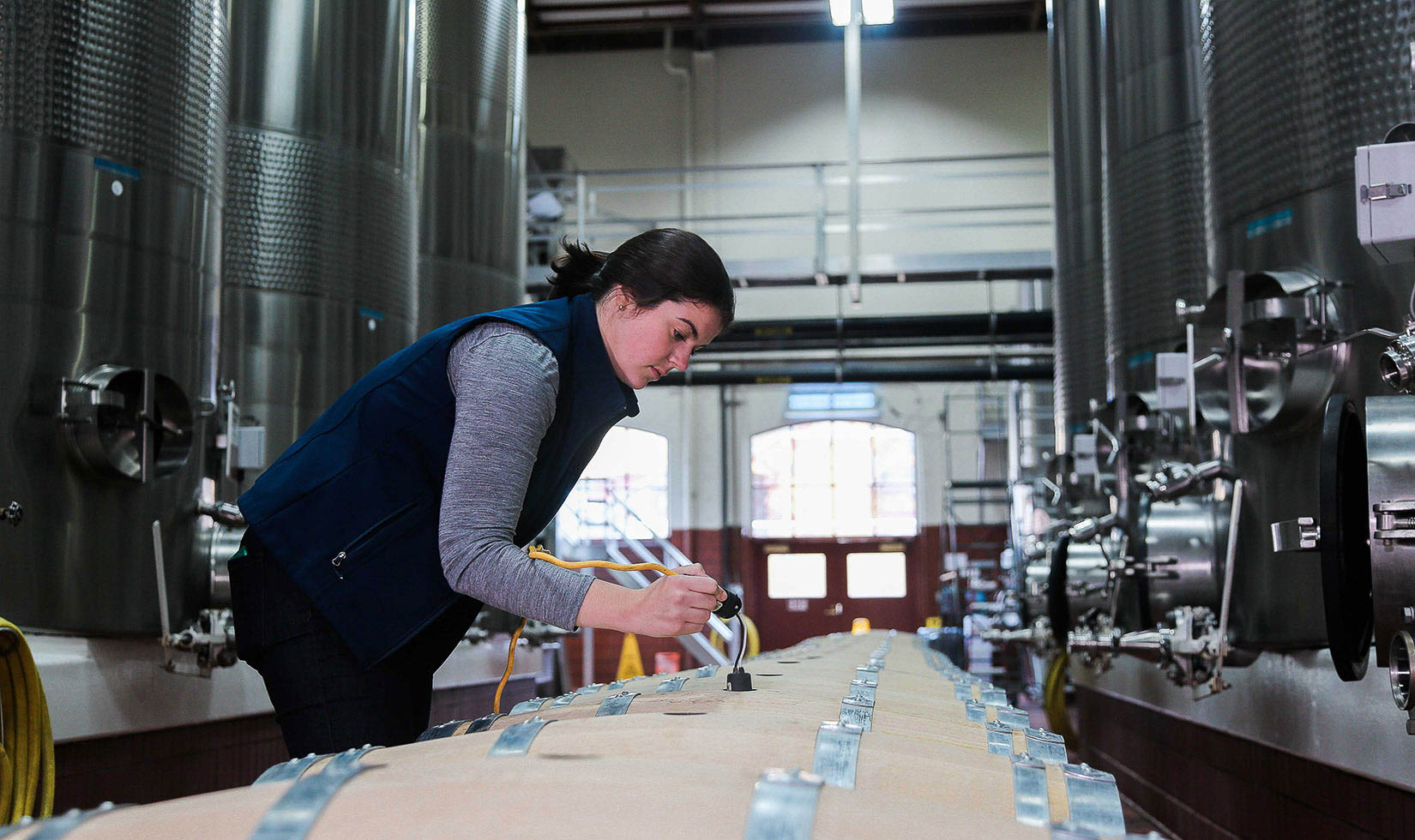 Maggie named one of Wine Enthusiast’s 40 Under 40 Tastemakers